Back in 2003 where it all began, team principle Michael Sherrin took to the track for the first time in the Targa Tasmanian Mini Challenge. And since then the Sherrin Racing team has proven to be a major competitor.

The Sherrin Racing team now consists of four drivers with brothers Grant Sherrin & Iain Sherrin racing in the #18 Sherrin Rentals BMW M4. And David Ayres and Klae Eckhardt in the #19 Sherrin Racing BMW 135i. With Michael in the crucial role of Team Manager.

The Sherrin Racing team participates in the Australian Production Cars Series, which sees them racing at various locations around Australia. And also the Bathurst 6 Hour, which they won back in the BMW M4 back in 2018. 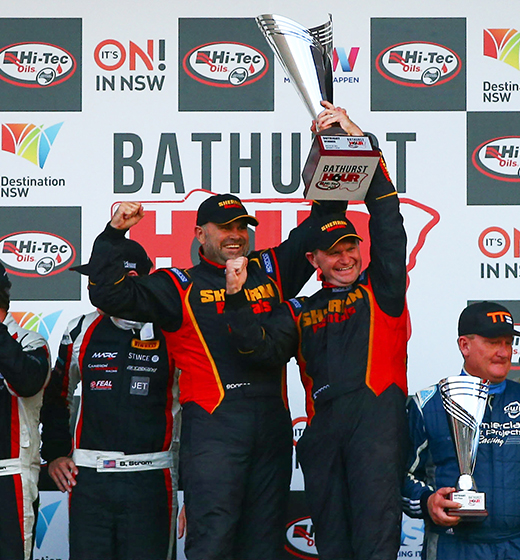