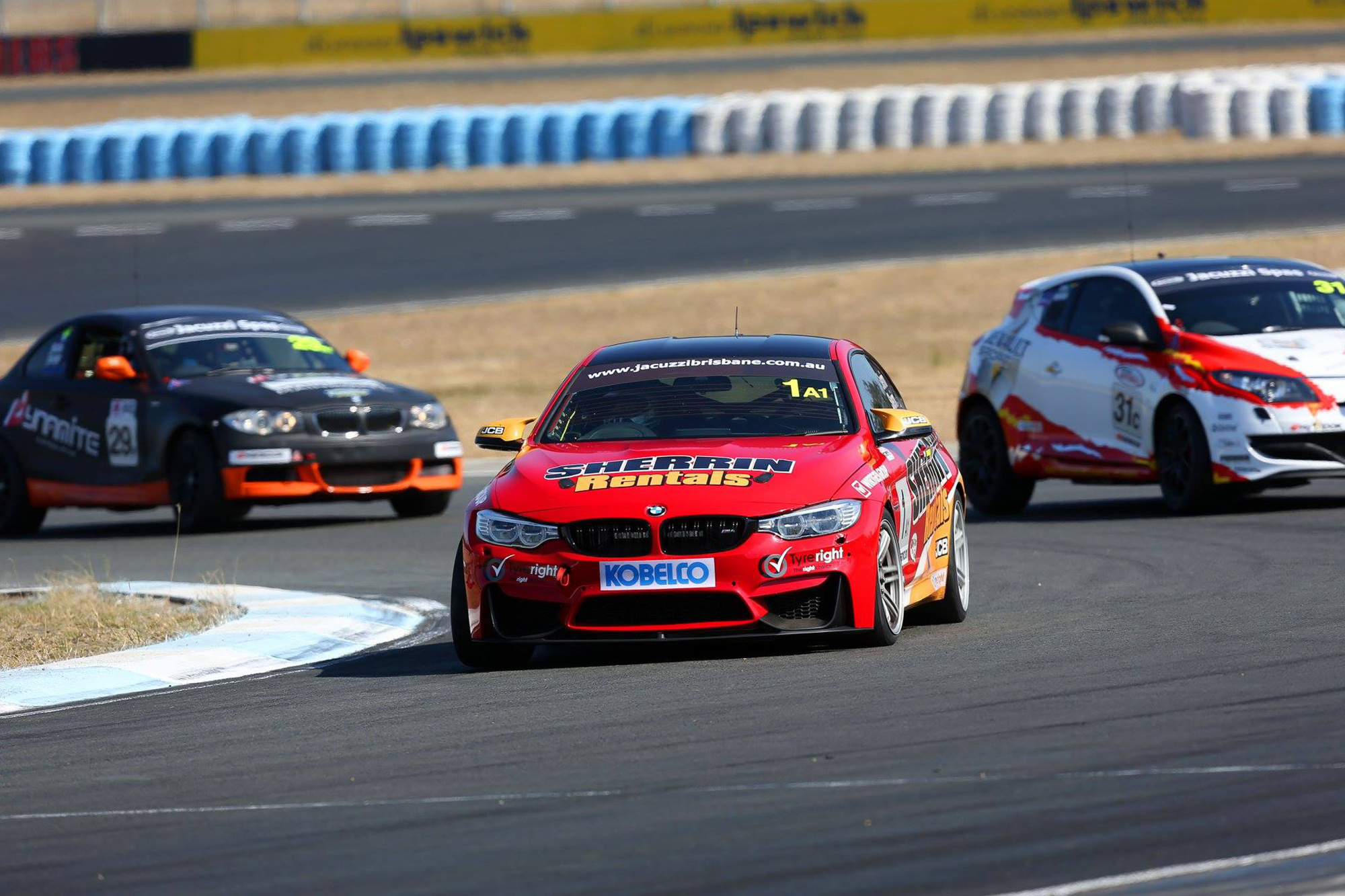 Sherrin Racing has stormed home to a strong second place for Sunday’s race and for the round both outright and in Class A1 at Queensland Raceway aboard the #1 Sherrin Rentals BMW M4.

The team was competing in round two of the Jacuzzi Spas Australian Production Cars, which featured two 300km races across the weekend including the infamous Fight in the Night race under lights on Saturday evening.

Despite some late race difficultly, Sherrin Racing persevered for third place outright and in class on Saturday evening before powering through an exceptionally competitive 300kms on Sunday to secure second on the podium and for the weekend overall.

Iain Sherrin started both races from third on the grid, while his brother Grant Sherrin took care of the second stint to bring the BMW M4 across the line.

“I had a good stint including some really good fights with round winner Beric Lynton at the start of today’s race. Unfortunately that probably helped the race-winning Lotus get a bit of a gap, as once I got past Beric in his BMW M3 I was able to draw a bit of a gap over him.

“I realised at that point it was smarter to settle into a groove and look after the tyres rather than try and reel in the Lotus at that early point of the race, as that way we would ensure we had a good car for the end.

“It was a lot of fun out there with lots of cars to pass and some really great battles, I am really happy with how it all played out.”

For Grant, late race safety cars impeded a genuine opportunity to challenge for the race win, yet he is still happy with how the weekend played out overall.

“It was a bit of a tough gig at the end of the race on Sunday with a few safety cars and each time with where the train of lapped traffic was there were seven or eight cars between us and the leader on the restarts,” Grant explained.

“It was just too much to surmount; I feel that if it wasn’t for having so many cars to overtake at each restart we really could have run with the Lotus and maybe had a go at challenging them for the win – I think we had the car to do that.

“All in all though it was a great job by the whole team this weekend, both Iain and I really enjoyed our drives and there was some fantastic racing.

“Second this weekend overall is very important for the championship and very satisfying. Now we look ahead to round three!”

The team will next be on-track with the Jacuzzi Spas Australian Production Cars across August 30 to September 2 at Winton Motor Raceway for round three of the 2018 season.