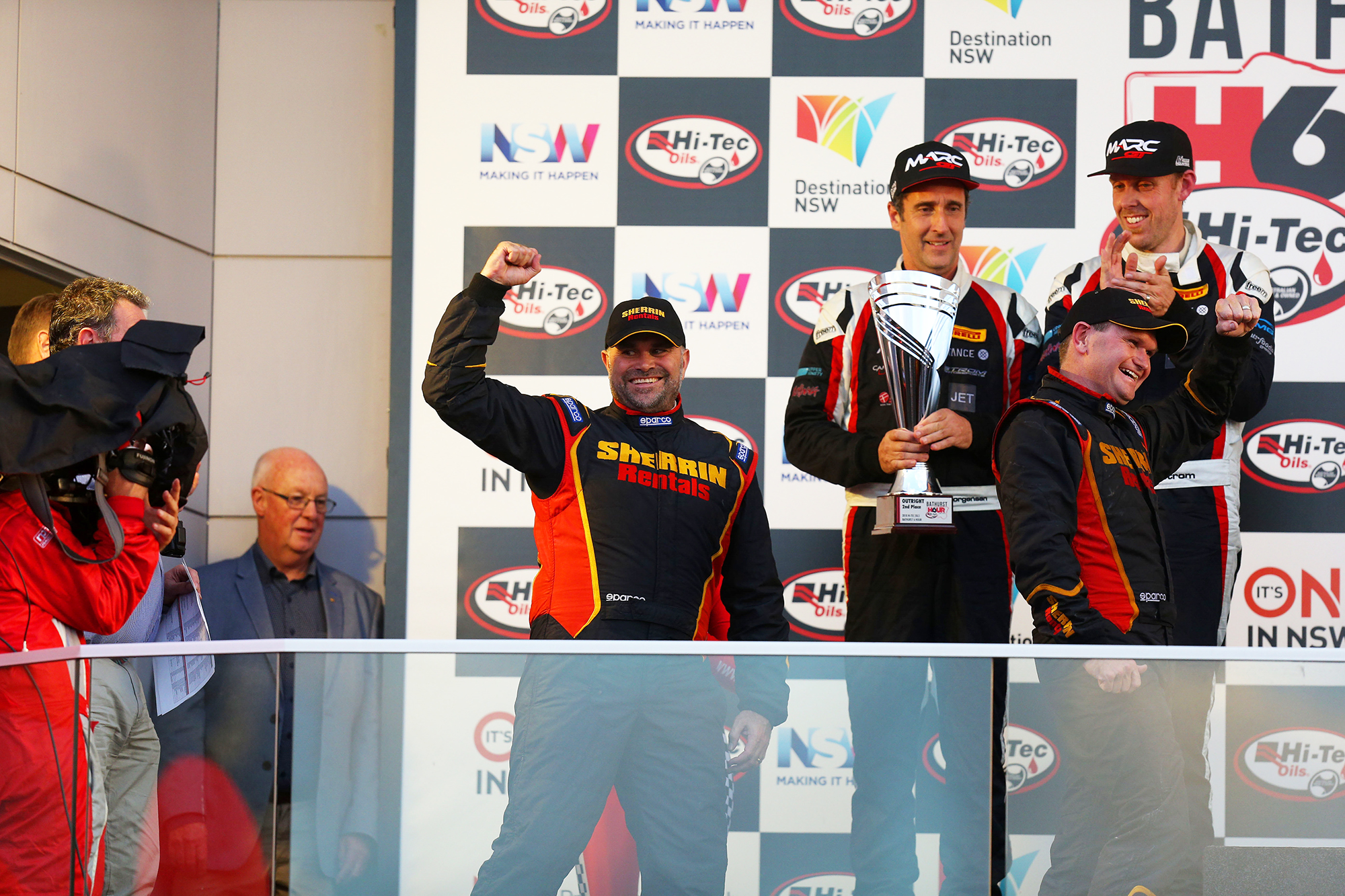 What an amazing finish by the Sherrin Racing team. I’m happy to say that we’ve come home with the OUTRIGHT WIN in the Bathurst 6 Hour!!
For anyone else who was watching, I’m sure you’d agree with me in saying that the last hour of the race, (and particularly the last 10mins), was some seriously intense racing to watch.
The pointy end of the race saw multiple flags and safety cars. Which then had us sitting around 40 seconds behind the leader. Until one of the safety cars worked in our favour, and put us back up to 10 seconds behind with only 10 minutes to go. And in that 10 minutes Grant gave it absolutely everything he had!! One by one passing the other cars ahead of him. Until he took the lead. It was incredible to watch. (I think I held my breath the whole time). From there we just had to keep in front of the 2nd and 3rd cars who were close on our tail. But in the final two laps, the gap between us got just that bit bigger. And Grant crossed the line taking the outright win. It was an amazing day of racing. Iain and Grant did some incredible driving. And Team Manager Michael, along with our Team Engineer Jimmy, supported by pit crew Nathan, Richard, Jack and James put in a tremendous effort. And this win is a credit to the entire team. Well done!!