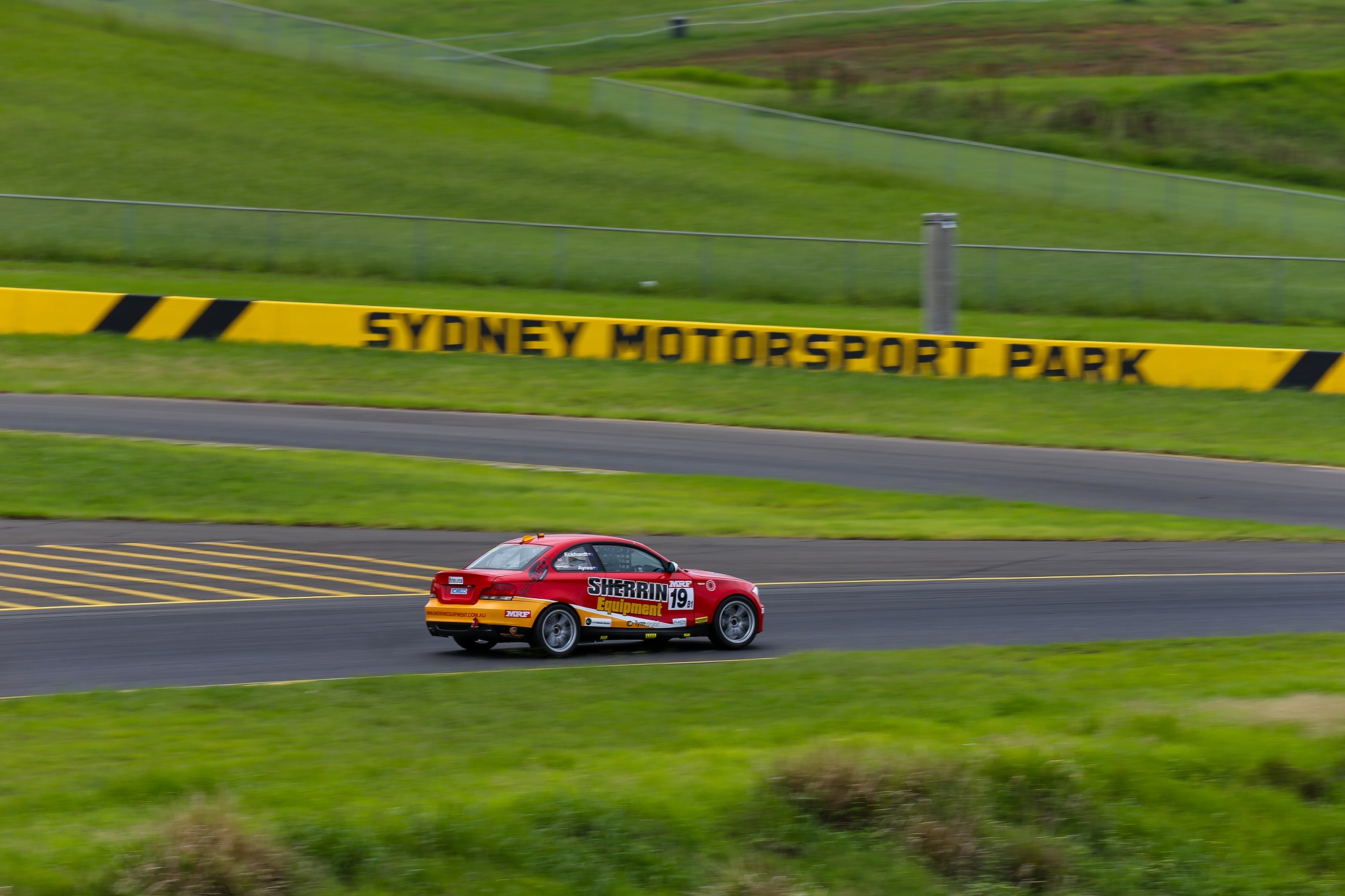 The opening round of the 2020 MRF Tyres Australian Production Cars was a complicated one for defending championship team Sherrin Racing, but in a testament to their fighting spirit the team dug deep to bring home 4th and 2nd in class for the #1 Sherrin Rentals BMW M4 (A1) and #19 Sherrin Equipment BMW 135i (B1) respectively.

These results came despite Grant and Iain Sherrin being plagued by limp mode issues in the #1 throughout the weekend while Klae Eckhardt and David Ayres were hampered by a broken exhaust clamp in race two and a related boost issue on Sunday morning in the #19.

The results see the team walk away not only with round trophies, but also valuable championship points as they look to defend their outright and A1 titles while aiming to go one better in the B1 championship this year after being the runners-up in 2019.

“The hard thing with the limp mode issue was we were having to reset the car out on the track to keep it going and this meant that the car was clearing the error codes which was hindering our diagnostic efforts,” Iain explained.

“At the end of race two I tried as hard as I could to encourage it to go to limp mode on my approach to the pit lane and luckily we were able to access those error codes to allow us to conduct proper diagnosis and repair work overnight ready for Sunday.”

“Unfortunately while improvements were definitely made the issue did still raise its head throughout Sunday’s two races, but we just put our heads down and did all we could to bring home the best position possible for the team while working feverishly between outings to try and make the car the best it possibly could be in the circumstances,” Grant explained.

“When it wasn’t limping, the car was feeling really great with the best handling we have had, so we know that once we can get this issue under control we have a really great package to work with for the rest of the season.

“I am really proud of how the whole team worked together to make sure we could at least place well in our class and also chalk up some important championship points to open the season despite some pretty big hurdles this weekend.”

The event wasn’t trouble free for the #19 Sherrin Equipment BMW 135i of Klae Eckhardt and David Ayres either, but the team’s perseverance paid off with second in class, including a class victory in the final race.

“The opening race of the weekend was quite tricky with the rain falling while I was sitting on the dummy grid; it was so very slippery out there but we managed to hold on and bring it home 9th outright and 2nd in class,” Eckhardt explained.

“In race two things were looking stronger in the drier weather but unfortunately with 17 minutes to go we suffered a broken exhaust clamp which forced David to bring it to the garage. We worked frantically to try and return to the race track but unfortunately ran out of time.”

“Come the warm-up on Sunday morning, we also discovered a knock-on effect of the broken clamp issue as the heat from that had melted some plastic which had dripped onto the boost sensor. Luckily that was discovered in the warm-up and not the opening race of the day and we were able to rectify it quickly,” Ayres explained.

“We did have a small related problem at the start of race three where a boost hose came off, but after a quick stop to rectify that the car performed well for the rest of the day and we were able to concentrate on doing the best we could with the tricky track conditions.”

Grant dominated the race in the #1 with an almost perfect race which was blighted only by a limp mode-forced reset on the final lap. However, he had built such a lead over the next competitor that even with the time lost he was still able to cross the finish line first outright and in A1. Klae meanwhile was in the #19 for this race and brought it home fifth outright and first in class B1.

Sherrin Racing will next be on track for the 2020 Bathurst 6 Hour at Mount Panorama across April 10-12; ahead of round two of the MRF Tyres Australian Production Cars season at the Tailem Bend Motorsport Park (June 12-14).