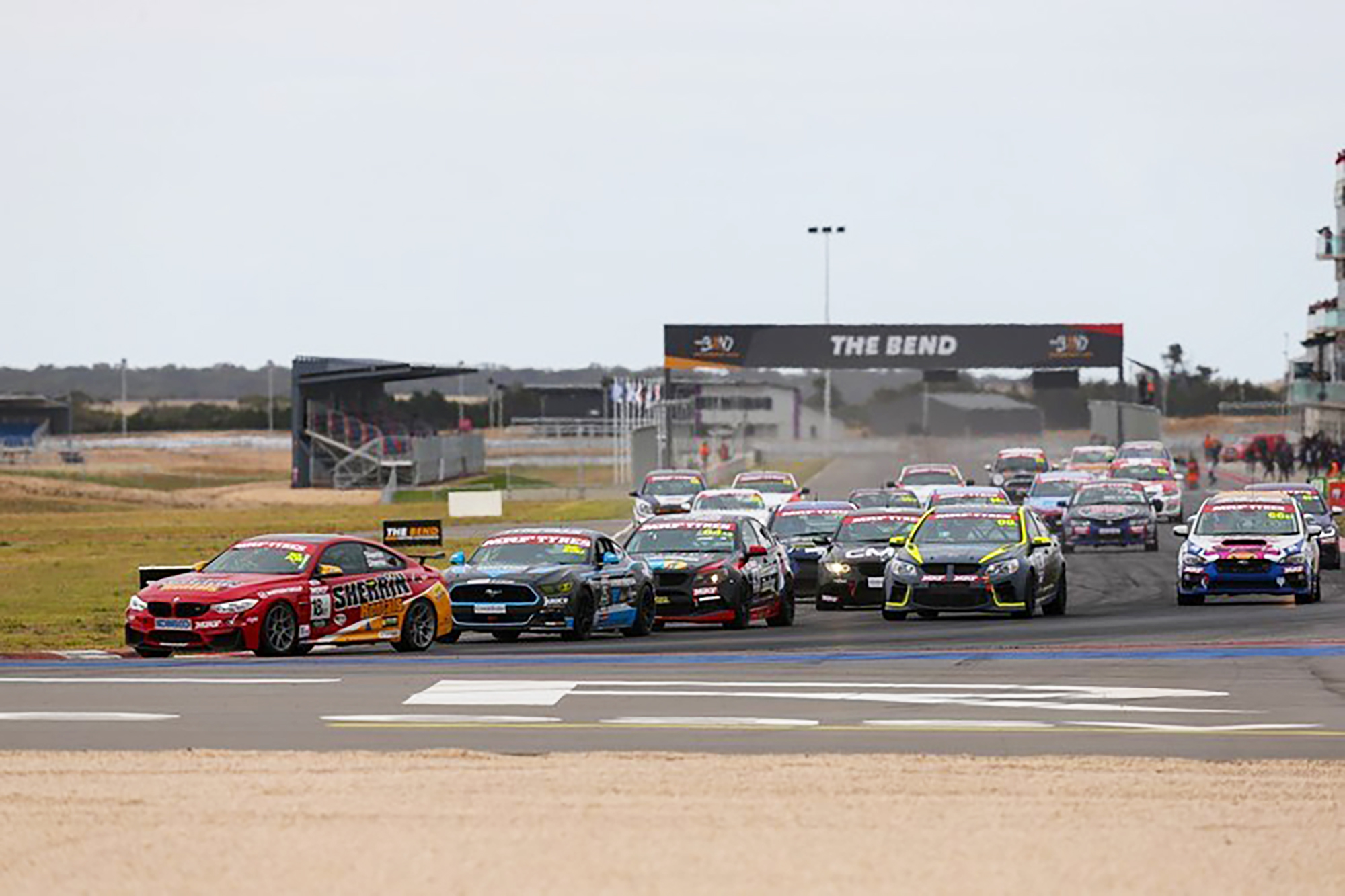 The management of the MRF Tyres Australian Production Cars has today announced a six-round calendar for the 2020 season while teasing an epic grand finale event which will be revealed soon.

Like in 2019, the MRF Tyres APC season will kick off in early March with a category-run event at Sydney Motorsport Park (March 6-8) before joining the Shannons Nationals program for events at Tailem Bend (round two, 12-14 June), a to be confirmed Queensland venue (round three, 3-5 July), Phillip Island (round four, 21-23

August) and Sandown Raceway (round five – 11-13 September) ahead of a banner grand finale event (details TBC).

“Even though we cannot announce the details of our grand finale as yet, already we have a fantastic mix of events on our calendar at some of the best race tracks in the country.

“As well as expanding our calendar, following racer feedback we have also introduced the four x one-hour race format which proved exceptionally popular during our 2019 season to more events.

“The 2020 season will host this format for at least three, if not four, events; which allows more of Australia’s production cars to be able to compete regularly as part of our calendar.

“One of those events will be our season opener at Sydney Motorsport Park, where we will be joined by the NSW Production Touring Cars who will not only compete in two of our one-hour races but also enjoy two sprint races of their own as part of the event line-up.

“Alongside the extension of the popular 4 x one-hour format, it is also our intention to once again host our two x 300km race format at rounds two and three – including the infamous Fight in the Night in July, pending the confirmation of the Queensland event venue for that round by the Shannons Nationals.

“And while we can’t unveil a date or venue for what is going to be an epic grand finale just yet as we await the finalisation of commercial agreements, I can tell you that alongside the final stand for the 2020 MRF Tyres APC National Championship, this event will also include a very exciting ‘standalone’ event concept – the chance for event entrants to be crowned the 2020 MRF Tyres Production Car National Sprint Champion!

“We look forward to confirming the round three venue as well as the details of what is going to be a brilliant end to our 2020 season soon. But in the meantime, we hope that the release of the remainder of our calendar will assist Australia’s production car community to start planning for what should be a great season ahead.”

For more on the APC, please visit www.australianproductioncars.com.au or www.facebook.com/AustralianProductionCars or call category manager Iain Sherrin on 0422 449 446.

Round six: details to be announced