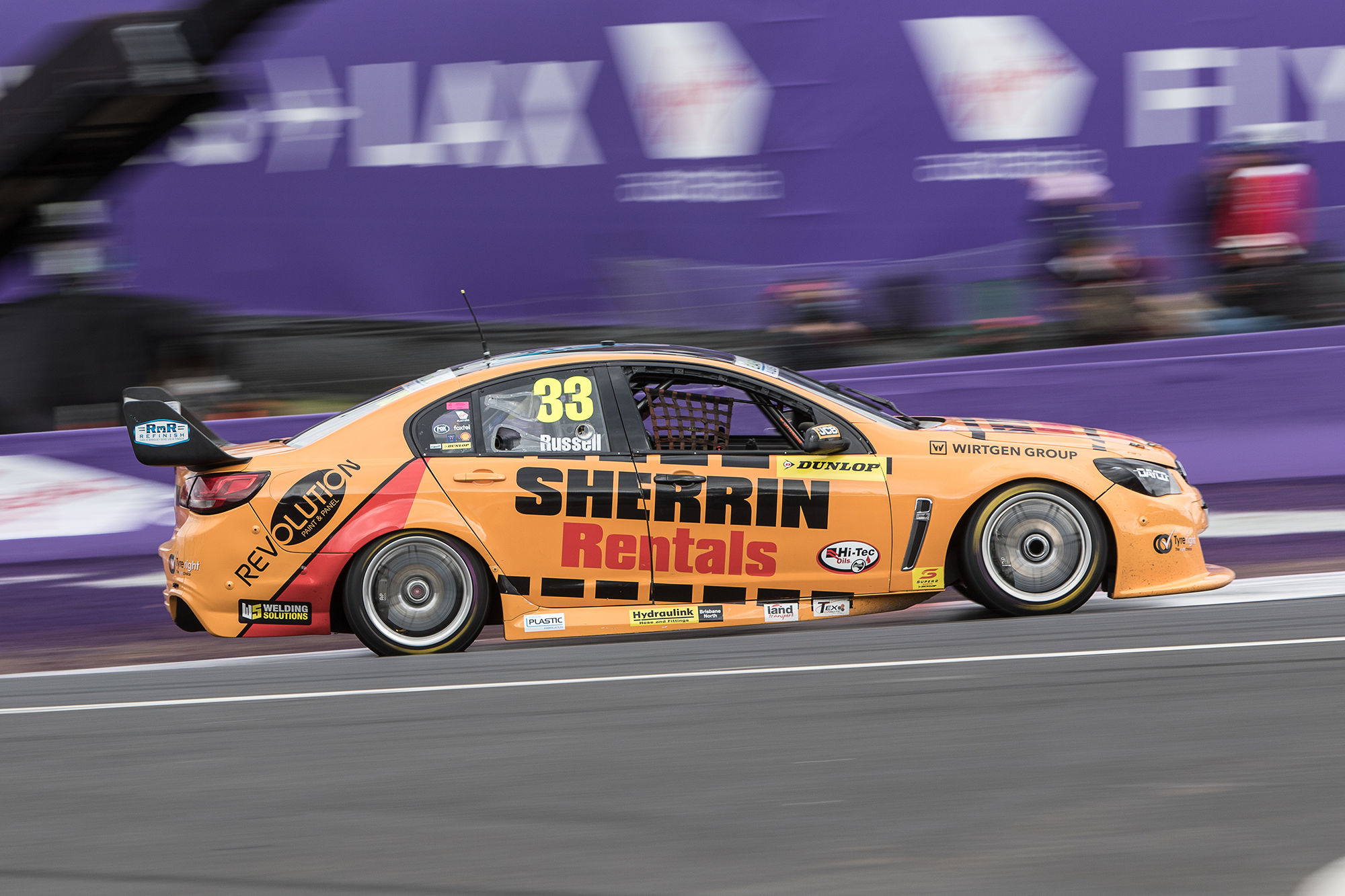 Last weekend is still fresh in our minds. And if you were lucky enough to watch the races from Bathurst, I’m sure you’re still thinking about it to. Specially with the Sherrin Rentals car finishing 8th in the Super2 Series race on Saturday!!

Our Sherrin Rentals car certainly had a striking livery, and received a lot of attention and great comments over the course of the huge event.  And we hope that our valued sponsors could also see the benefit of this unique opportunity and great exposure, and that you were all just as excited as we were every time the “Sherrin Gold” coloured Supercar flashed past on the TV, or a photo popped up in your social media feed.

To find out just how the race went, please see the below Bathurst Super2 Round Wrap from Matt Stone Racing (MSR). The MSR team had two cars in the Super2 race; the Sherrin Rentals # 33 car, and the SS Signs #35 car. And it is always interesting to hear how the race played out trackside, as there is a lot that goes on apart from what you get to see on the TV coverage.

On another note, the Sherrin Racing team will be racing in the final round of the Australian Production Car Series next month on 15-17 November at The Bend Motorsport Park in South Australia. And with this being the team’s first time at The Bend, we’re all really looking forward to it.

Well another Bathurst has been run and won once more and as always has delivered exciting and unpredictable racing. The Matt Stone Racing (MSR) two car assault on the big 250km SUPER2 enduro rolled out in practice in good shape with both cars qualifying in the top 5 for Saturdays big race.

The Sherrin Rentals 33 Car and the SS Signs 35 Car of Walsh were well positioned on the inside for turn 1 off the start with Walsh in 3rd and Russell P5. The 33 of Russell however bogged down on the start sending Russell back to 11th. Walsh made a clean get away and settled into 4th place on the first lap but by lap 7 the SS Signs racer was up into second and under pressure from young gun Thomas Randle in the Ford. Walsh did a great job holding Randle off for the first stint until the pit stops but Russell's fightback that was expected hit trouble with an unknown vibration that affected the speed of the Sherrin Rentals 33 car. The experienced Russell was still able to drag his 33 car back into the top 10 by lap 10.

Meanwhile the battle of the SS Signs 35 and Randle dominated the TV Coverage with Randle failing to make a pass on Walsh leaving the first pit stop to be a high-pressure situation for the drivers and teams. Walsh dived late into the pit lane in an attempt to out fox his younger rival but pushed a bit too hard overshooting the pit lane and having to complete another lap after dropping back down to 4th on lap 18 of the 41 lap race. Russell had a clean stop with the MSR crew nailing the wheel changes, but his luck didn't turn with a refuelling delay costing him 5 seconds seeing his standout Sherrin Rentals racer in 12th after the stop. Russell held his own and fought back into the top 10 again with Walsh now in 7th. A safety car bunched up the field on lap 28 and the pressure was on. Russell showed his experience passing Goddard into turn 1 on the restart to see the Sherrin Rentals team up to 9th. Walsh held his 7th place in the SS Signs racer as all teams began to sprint to the finish.

With the SS Signs driver having a lot of work to do to get back onto the podium Walsh pushed back up into 6th by lap 37 with Russell now only 2 seconds behind him in 9th. With the Russell/Sherrin Rentals combo celebrating a 10 year anniversary since they finished on the podium in the Bathurst 250 Russell was the only driver now in the top 10 to have ever achieved a podium in the Bathurst 250 before but time was running out to repeat their previous success.

With only one lap to go Walsh got a great run down Conrod Straight and made his move up the inside of Jordan Boyce out of the Chase but the two clipped wheels tearing the right rear wheel from the SS Signs 35 car sending Walsh into the sand pit and unable to get going again.

Russell crossed the line in a solid 8th place on his return to Super2 with Sherrin Rentals but for Walsh this was a podium that got away. Walsh remains 6th in the Championship as we head into the penultimate round at Sandown on Nov 8-10th.

MSR would like to thank all our team partners and welcome Sherrin Rentals, SS Signs, Dayco and Earmold Australia to the MSR Team. Also big thanks to David Russell who joined the MSR Supercar operation for the first time just for Bathurst and did an amazing job delivering a top 10 result and a clean undamaged car. We look forward to even greater success in the coming races. Whilst we didn't quite get the result we wanted this weekend there were a lot of positives from the event with both cars gaining a large share of the TV coverage and the team now more ready than ever to push up the Championship ladder over the final two rounds at Sandown and Newcastle.