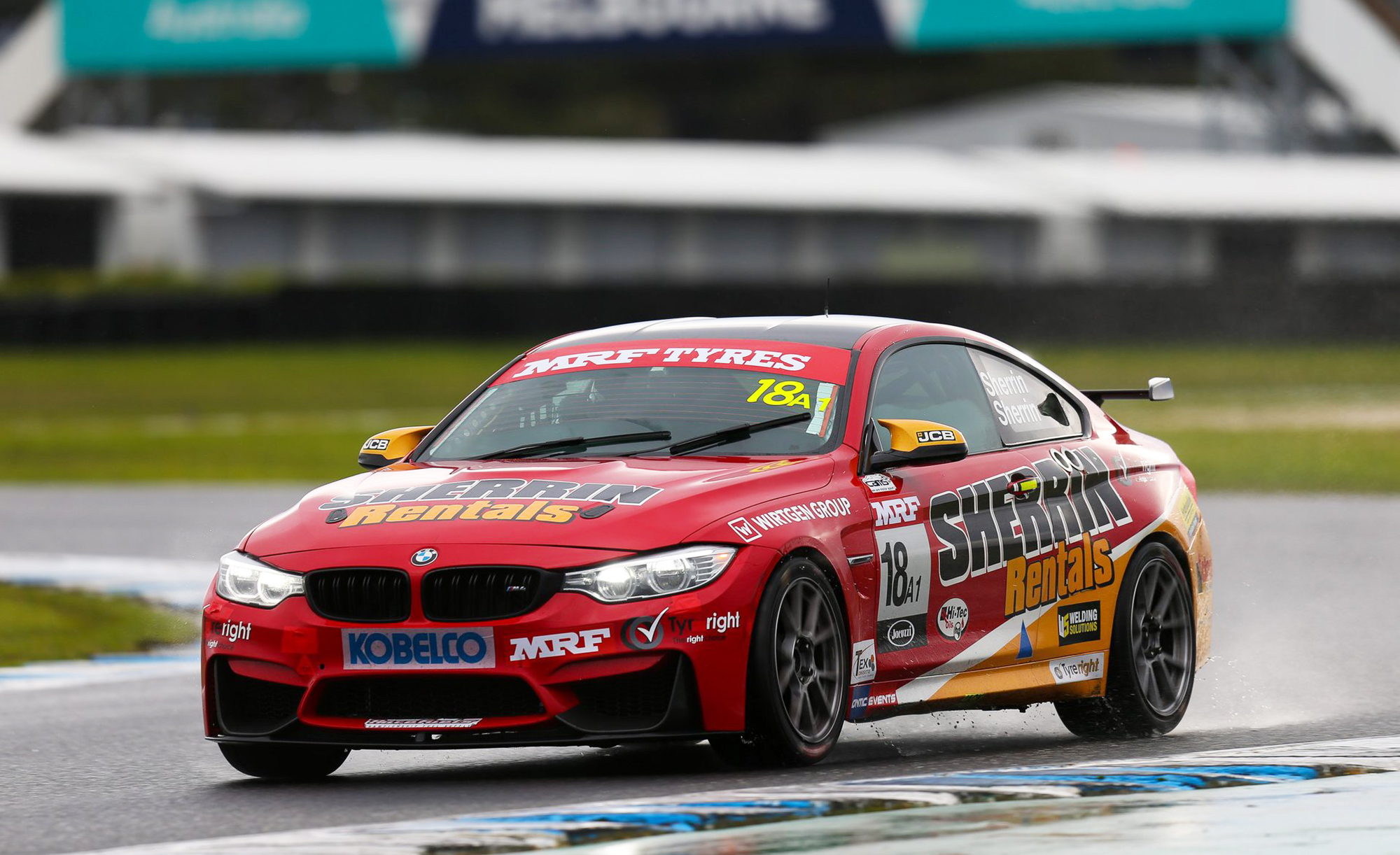 Grant and Iain Sherrin have sprinted to victory at Phillip Island at the weekend, claiming not only the race two honours but also the outright and Class A1 round victory as well for the Phillip Island 600 – round two of the 2019 MRF Tyres Australian Production Cars season.

An intermittent car issue which saw them forced to settle for P7 and second in class in Saturday’s race returned to bookend their Sunday race efforts. However, it wasn’t enough to stop the brothers from claiming the victory thanks to the team’s efforts throughout the race to build a formidable 44 second lead heading into the final laps.

“We are not sure what is happening to cause the car to go into limp mode and force us to reset each time, but we were able to get it done today,” Grant said.

“The issue surfaced for Iain on the start but then it went away and his stint went really well from there. Through some amazing pit stops from the crew and some great race strategy we were able to build a 44 second lead which really came in handy when the car started going back into limp mode in the final laps of the race!”

“It certainly was nerve wracking at the end there, the finish of the race couldn’t come fast enough!” laughed Iain.

“It was a great day though and we are really pleased with the result. Aside from not being quite as punchy as usual on the straights the car was fantastic and the handling was great. To walk away with the outright and Class A1 victory not just for Sunday but also for the round overall is very rewarding after what was a tricky weekend.”

For the #19 Sherrin Racing BMW 135i, Sunday brought redemption after a late-race collision with the turn two tyre wall in very wet conditions. In the second race for the weekend, Klae Eckhardt and David Ayres brought the #19 home in 7th outright and 3rd in class after having run as high as second outright, despite starting the 300km race from the rear of the grid.

“Saturday was such a wet race and losing control right at the end there to hit the tyre wall was something I was very disappointed about, but I am happy that we were able to have a better race on Sunday,” Eckhardt said.

“With drier conditions on Sunday the BMW 135i was much easier to handle and we were able to run right up the pointy end of the field.

“Unfortunately some confusion under yellow flags saw us penalised forced us back down the field, but we never gave up and kept pushing to make sure we brought it home in 3rd for class and 7th outright so David and I could bank some valuable points for Sherrin Racing in the B1 championship.”

The Sherrin Racing team will be next on-track with the MRF Tyres Australian Production Cars at Queensland Raceway across August 2-4.