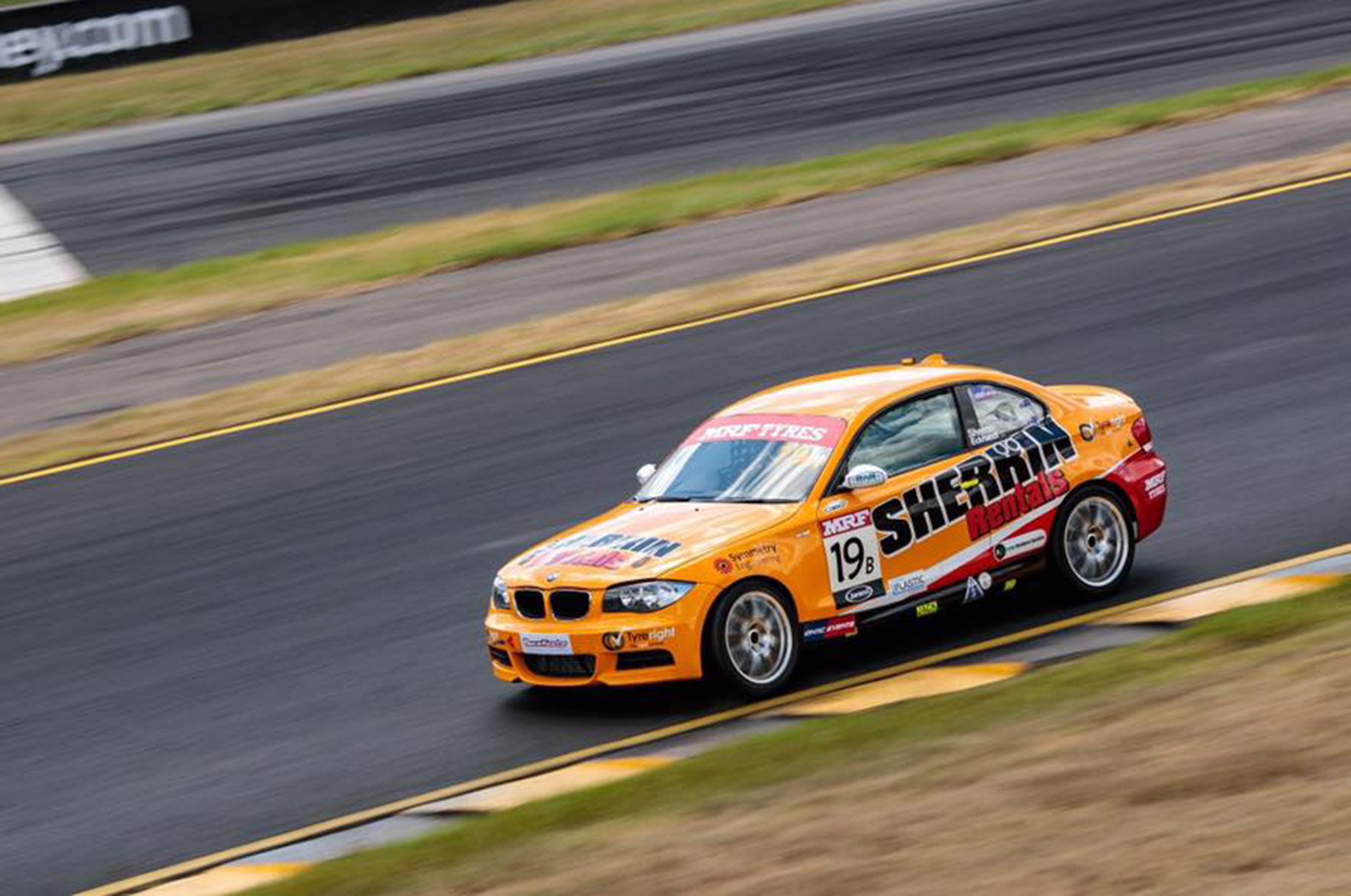 Sherrin Racing has started the 2019 MRF Tyres Australian Production Car Series in a winning fashion at the MRF Tyres Sydney 240 on the weekend.

The M4 proved superior in qualifying to set the pace and earn the right to start from pole position for the opening race. From the race one pole Grant led the field away, only relinquishing his place at the front of the field during the compulsory pit stop sequence, before greeting the chequered flag 1.2 seconds clear of his nearest rival.

“We’ve been learning a lot about the new MRF tyre across the past couple of days.  We’ve had to change quite a bit in the set up of the cars but we’re getting on top of it,” Grant Sherrin said.

“There’s more that we want out of the car but it takes time to perfect things and we’ll get there.”

Grant’s race one outright and class win was the first of two class race victories for the Sherrin pair across the weekend, with Iain Sherrin claiming the honours in the fourth one-hour encounter.

“The weekend was great, obviously we would have liked to have got first outright for the round as well and we were looking good for that but we made a bit of a blunder in the third race with our pit stop.  It was just one of those things. It was a genuine mistake but it cost us dearly in the overall points for the weekend,” said Iain Sherrin, referencing a post-race penalty which dropped the #18 from first to ninth in the third race.

“We learnt a heap this weekend and in the end we were pushing as hard as we could in that last race, for the whole race.  After all we have learned this weekend we are really looking forward to the Six Hour at Bathurst and seeing what we can do there.”

Eckhardt impressed in his first MRF Tyres Australian Production Car races, claiming a pair of class wins across the weekend to secure the Class B1 honours for the round.  The pace shown by Eckhardt aboard the #19 Sherrin Rentals BMW 135i was strong all weekend, boding well for the year ahead.

“It was a very good result for the team.  The tyres held up well and the weekend was relatively drama free,” said Eckhardt.

“During race two, it felt very good to play with all of the big boys out there and stay with them until the end.

“We continually learnt a lot about the new MRF tyres with each session.  The pressures and getting the car set-up right is critical.  We’d like to think that we’re nearly there and there’s a lot of good things to come.”

Sherrin Racing will next be in action at the Bathurst Six Hour across the Easter Weekend on April 18-20 before the 2019 MRF Tyres Australian Production Car Championship resumes at Phillip Island on the final weekend in June.