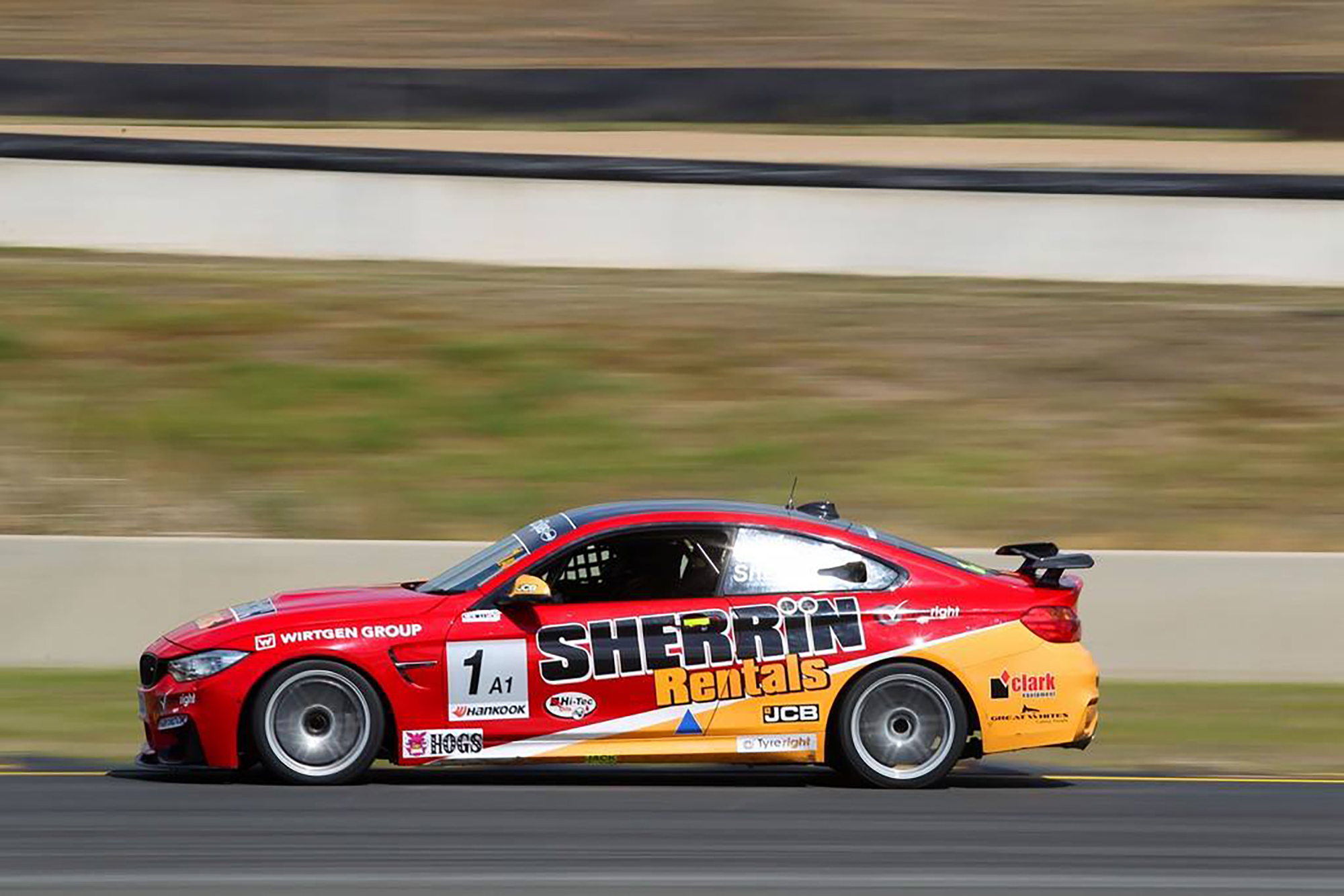 While their competitors struggled with tyre degradation, Sherrin Racing has powered through for a podium finish at Sydney Motorsport Park at the weekend and as a result, moved into second on the championship ladder ahead of November’s final round of the Australian Production Cars.

With 180 points on offer at the final round, the weekend’s result is a key strategic move for the team as they look to defend their APC outright and Class A1 Championship.

“Tyre degradation was a huge talking point at Sydney Motorsport Park but our result at the weekend is testament to all of the development work we have put into the M4 – last year we were here and we were blowing tyres, but we have learnt how to manage that and today, it went great,” Grant Sherrin explained.

“The car was great, and while we had a little bit of a wheel stud issue in the second last pit stop, other than that our race went off without a hitch. The car started strong, and it just got better as the race went on.

“We are happy with third place because it is so important to our championship tilt – it will sure be interesting at Philip Island!”

Iain Sherrin feels that the M4 will be able to take the fight to the ‘new kids on the block’, the Lotus Exiges, come November’s big finale.

“The car was bulletproof today and I guess that is the year of development we put in across 2017 really coming to the fore. We know we have a good package, and while the guys out front were quick today I think at Phillip Island with the ‘extra legs’ the M4 has got, we will have their measure,” Iain Sherrin said.

“You could even see that at Sydney Motorsport Park down the straights, although the Lotuses were a bit quicker around the corners, but when we head to the sweeping Phillip Island circuit the M4 is going to be a force to be reckoned with I believe.”

For more on the team, visit www.sherrinracing.com.au